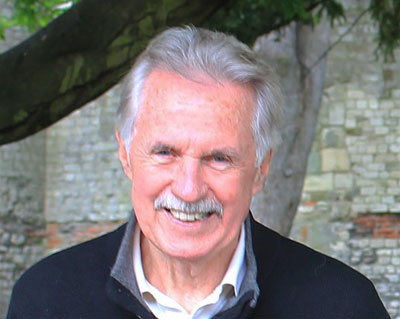 John Coyne is the author of 25 books of fiction and non-fiction, including a bestseller, The Legacy, which was also a successful film starring Sam Elliott. His short stories have been included in several “best of” anthologies, such as Modern Masters of Horror and The Year’s Best Fantasy and Horror. His most recent book is Long Ago and Far Away, a love story set in Africa, Europe and the United States that spans 40 years. A former caddie and life-long lover of golf, he has published three novels on the sport and edited three books of golf instruction. A former college professor and college dean, he has also co-authored three books on alternatives to traditional college education. His articles have appeared in dozen of national publications including Smithsonian, Travel & Leisure, Glamour, Foreign Affairs, Redbook, Diversion; he has written for The Washington Post, Chicago Tribune, Baltimore Sun, and the St. Louis Post-Dispatch.

He lives in Westchester, New York, with his wife, the executive editor of More magazine.

Who The Hell is John Coyne? from Jeff Sparks on Vimeo.