Long Ago And Far Away (A love story)

Was it an accident, or murder?  Four decades later, the answer still matters.

This novel, John Coyne’s 13th, pivots around the tragic death in 1973 of a young woman in Addis Ababa, Ethiopia. The story begins in contemporary Westchester, New York and spans four decades, three continents, and follows the lives of four people from their early twenties to their late fifties through a series of flashbacks. Roaming from Ethiopia, Spain, New York, to Washington, and the Mid-West, it tells the story of a man and a woman, lovers driven apart by the death of their friend and the blame they cast on each other and themselves. Their careers, marriages, families, divorces, and changes in fortune are dramatized in the novel. The main plot focuses on the present day, when the lovers circle back to find each other, and then set out to confront the man who knows the truth.

Read the Review by Tadias Magazine

What readers are saying about Long Ago And Far Away

While the novel concerns a murder mystery, the tightly knit story is a triangle of how three women — in a combination unknown to one another — work to make a boy into a man. And late in life they succeed.

The story surrounds one Irish McCann. She is not only gorgeous but glamorous, always a mystery, always vulnerable, always lovable, sometimes delusively alluring, but yet always tough and honest enough.

The setting and the main character’s life with Ethiopia and the State Department, spooks, and the Peace Corps are all rendered with detail and accuracy.

All together, we learn again that John Coyne is a novelist who can also write, with the reader quickly confident they are in good hands, having a good read ahead. It’s an old-fashioned page turner, a damn good book.
Tom Hebert is a writer, public policy consultant, and cowhand living on the Umatilla Indian Reservation outside Pendleton, Oregon.

Long Ago And Far Away is a long overdue novel that captures the unique beauty and mystery of Ethiopia as seen through the perceptive eyes of the author. I love this book!
Jacqueline Schlenger, Peace Corps Volunteer 1966-1968, lives in North Carolina

I loved the way this book was constructed, beginning in current day Westchester County, New York and establishing the main character, focusing on Parker Bishop, a former CIA officer stationed long ago and far away in Ethiopia. Coyne knows his characters and makes them available to the reader. Moreover, he clearly knows his locations, from the opening scenes to Ethiopia, then to Spain, and multiple locations in the United States. The book spans forty years, taking us to Bishop’s CIA days and his relationships with a Peace Corps Volunteers stationed there, a beautiful young American writer, and the American and Ethiopian governments. Therein lies the heart of the many faceted conflicts in the book. It’s an exciting and romantic mystery. Well worth the time.
Don Schlenger, Educator, who lives in North Carolina

Long Ago And Far Away is a splendid novel, a perfectly realized blend of murder mystery and love affair. John Coyne is a master of page-turning plot; you’re with him every moment as his protagonist seeks for his lost love and the true answer to a crime perpetrated in Ethiopia that has haunted him for decades. Coyne’s descriptive powers are equal to his narrative skills and especially noteworthy is his ability to capture the varieties of love, from erotic to companionable, through both male and female points of view, a talent that few writers can hold claim to. He has written an exhilarating and absorbing read.
Marnie Mueller, author of Green Fires: A Novel of the Ecuadorian Rainforest

John Coyne knows how to tell a great story. He’s done it many, many times. He does it again with Long Ago and Far Away, a novel that not only asks “Was it an accident or was it murder?” but also “Is the past really ever past?” Read. Wonder. Discover. Enjoy.
Mark Brazaitis, author of The Incurables: Stories and Julia & Rodrigo 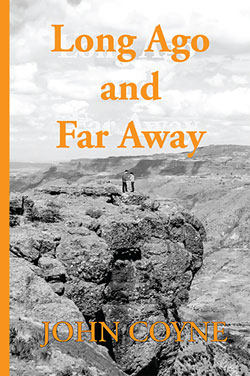 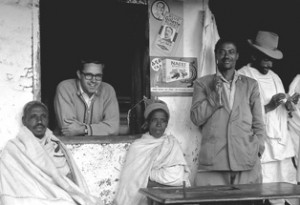