Hobgoblin is just a game.
Ballycastle is just a house.
Scott is just a lonely teenage boy….
Until one Hallowe’en, a Hobgoblin
kills everyone he loves.

Hobgoblin by John Coyne is a 1981 book about Scott Gardiner, a teenaged boy who becomes obsessed with “Hobgoblin,” a fantasy roleplaying game based on Irish mythology, as his life in the game & in reality slowly blend. Like the contemporary Mazes & Monsters, this is a species of problem novel (altho not aimed at young adult readers) by an established writer, which treats the playing of roleplaying games as indicative of deep neurotic needs. In both books, the protagonist is, or at least appears to be, suffering from schizophrenia or some analogous condition; in both books, the attainment of mature adulthood is accompanied by the abandonment of roleplaying games. Like the Jaffe book, this was published at the height of Dungeons & Dragons’ popularity & soon after the intense media coverage of the Egbert steam tunnel incident (urban myths wherein roleplaying gamers enacting live action role-playing games perish, often in the utility tunnels below their university campuses).

This novel of a sword-and-sorcery fantasy game, first published in 1981, is being republished on November 18, 2015  by Dover Publications. It can be Pre-Ordered from Amazon. 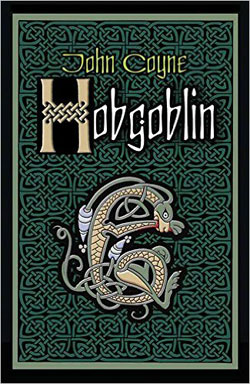