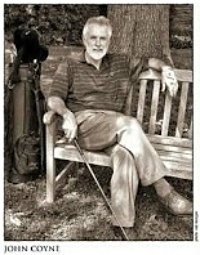 METAPHORICALLY SPEAKING, WE MIGHT SAY golf literature is like one of Bubba Watson’s famous drives: long and high and very deep. Great golf prose has been with us since the days when Mary, Queen of Scots, first played the game as a school girl in France.

The earliest recorded golf prose was the verse Glotta, written in 1721 by another Scotsman, James Arbuckle. Two decades later came Thomas Mathison’s The Goff, “a Heroic-comical Poem in Three Cantos.”

The late George Plimpton, who wrote about golf in his best selling 1968 book The Bogey Man, said that while baseball has produced some interesting books, golf books were better written because of golf’s “popularity among the educated classes.”

Another reason for golf book literary supremacy might be, as golf historian Daniel Wexler points out in The Golfer’s Library, “because golf enjoys a much greater variety of subjects about which to write, as history, biography, instruction, architecture and championship play.”

Daniel Wexler cites Bernard Darwin (1876-1961), Charles Darwin’s grandson and longtime correspondent for The Times of London as the greatest golf writer. Also he names Henry Longhurst, a Sunday Times columnist who wrote about golf before, during and after the Second World War, and from America, the masterful Herbert Warren Wind who produced three editions of his magnum opus, The Story of American Golf that “has been, is and always will be,” according to Wexler, “the story of American golf.”

One reason there has been so much great writing about golf is simply because writers seek to understand the game they play: Michael Bamberger, James Dodson, John Feinstein, John Paul Newport, David Owen, Curt Sampson, Bud Shrake and Don Wade all have written ebooks ranging from how they play to biographies of greater golfers and legendary challenging golf courses.

That said, what is missing is fiction.

The book shelf is slight and slim when it comes to golf novels. F. Scott Fitzgerald, John O’Hara, John P. Marquand, J. D. Powers, Richard Ford and John Updike all used golf as a way to comment on their contemporary society. Michael Murphy’s Golf in the Kingdom is an exercise in self-help, not literature. And Dan Jenkins’ very funny books are easily shelved with collections of tall tales around the 19th hole.

To find the pathos, the great characters, imposing themes and compelling narratives look for the caddie not the player. Seek out the Sancho Panzas of golfing Don Ouixotes.

The first of these more recent “caddie novels” was the commercially successful The Legend of Bagger Vance by Steven Pressfield published in 1995. While the novel drew on golf history, it is about the mysterious powers of an African American caddie who guides a troubled, rich white war hero through a match against Bobby Jones and Walter Hagen. Tom Coyne (no relation) followed in 2002 with A Gentleman’s Game, fiction involving poor caddies and rich members outside of Philadelphia. In 2003 Peter Dexter published Train about a gifted black caddie player who looped at an exclusive Los Angeles golf course. Novelist/lawyer, J. Michael Veron completed his popular Bobby Jones trilogy (The Greatest Player Who Never Lived and The Greatest Course That Never Was) with The Caddie. Published in 2004, this novel has caddie Steward “Jones” guiding a young pro to victory and wisdom.

Anyone who plays the game knows caddies function as coaches, psychologists, cheerleaders and increasingly as storytellers. That golfing Monarch, Mary Queen of Scots, who first called the kid carrying her clubs a caddie, after the French word “cadet” (pronounced cad-day). So, now we have arrived at the caddie as novelist.

Remember that the next time you tee it up. You might find yourself the protagonist in that kid’s book.