An upwardly mobile New Yorker, disturbed by strange memories and violent passions, discovers with the aid of a channeller that she was once a Cro-Magnon, the object of a murderer, who still stalks her.

From Publishers Weekly
Jennifer Winters, a young New York lawyer, has two problems: a past life is trying to take over her present one, and an enemy from prehistoric days has returned to stalk her. “It’s all quite silly, of course, with the plot wrapped up just a bit too neatly, but a competent entertainment overall,” remarked PW.
Copyright 1990 Reed Business Information, Inc.

From Library Journal
The idea of reincarnation is taken to a horrifying conclusion in this gripping novel in which a group of spirits whose human forms have crossed paths countless times since the prehistoric era are locked into a cycle of punishment and revenge which can only be broken by exposing the evil which surrounds them. The plot centers around a New York attorney whose increasing awareness of her past lives forces her to face the possibility that her actions are being directed by powers beyond her control. The book includes fascinating information on the technique of “channeling,” the establishing of contact with entities from the past. Graphic descriptions of sexual encounters and brutal murders may offend some readers. From a veteran novelist of horror, this is highly recommended for fans of the genre.
– Marcia R. Hoffman, M.L.S., Hoechst Celanese Corp., Somerville, N.J.
Copyright 1989 Reed Business Information, Inc. –This text refers to an out of print or unavailable edition of this title. 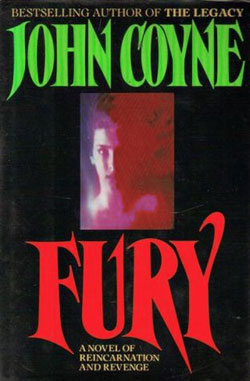