About the Book
This is the eBook edition, newly released on January 27, 2019.

A single, upwardly mobile professional woman, Jennifer Winters is typical of her kind. Until she falls victim to events that aren’t typical at all. Strange memories of a past no woman could ever have lived. A primal lust for both blood and sexual gratification. And most terrifying of all, a primitive rage that wreaks destruction—even kills—with astonishing ease.

From Library Journal
The idea of reincarnation is taken to a horrifying conclusion in this gripping novel in which a group of spirits whose human forms have crossed paths countless times since the prehistoric era are locked into a cycle of punishment and revenge which can only be broken by exposing the evil which surrounds them. The plot centers around a New York attorney whose increasing awareness of her past lives forces her to face the possibility that her actions are being directed by powers beyond her control. The book includes fascinating information on the technique of “channeling,” the establishing of contact with entities from the past. Graphic descriptions of sexual encounters and brutal murders may offend some readers. From a veteran novelist of horror, this is highly recommended for fans of the genre.
– Marcia R. Hoffman, M.L.S., Hoechst Celanese Corp., Somerville, N.J.

About the Book & Author:
John Coyne is the author of 25 books of fiction and non-fiction, including a bestseller, The Legacy, which was also a successful film starring Sam Elliott. His short stories have been included in several “best of” anthologies, such as Modern Masters of Horror and The Year’s Best Fantasy and Horror. 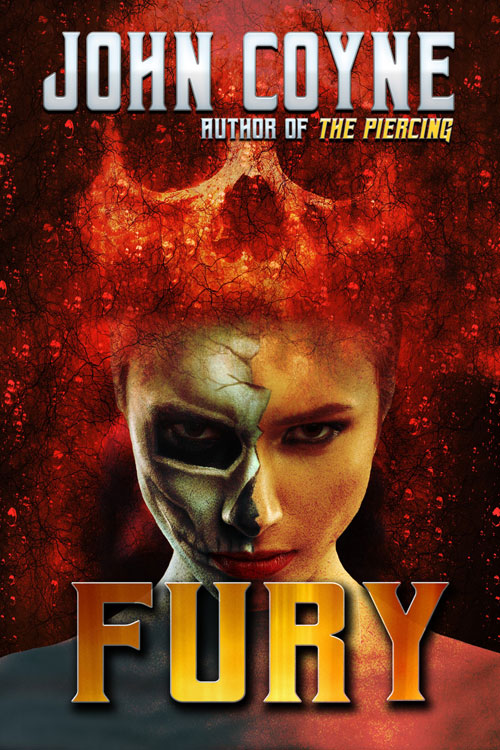