From Publishers Weekly
Coyne’s previous novels (among them The Legacy and The Piercing have had hefty sales as mass market paperbacks; this family saga is his most ambitious and successful endeavor yet. There are two brothers and two sisters in the DeLacey clan; they were raised on an Illinois farm by their mother, Caitlin, who came to the U.S. from Ireland in 1940. As the novel opens in 1982, an elderly Caitlin dies of a bullet shot from a gun owned by her son Emmett, the only child still living at home. The true circumstances of her death are revealed at the end of this fast-moving story, which builds in suspense as the relationships among the siblings become more and more intricate. At the root of the tale’s intrigue is the secret of Caitlin’s past, which involves the the Sinn Fein and the son of the Dublin family that once employed her. Skillfully managed plot twists give this novel strong commercial appeal.
Copyright 1986 Reed Business Information, Inc.

From School Library Journal
YA This family saga goes back and forth between the years 1940 to 1982. Caitlin DeLacey is a strong-willed Irish immigrant who comes with her husband, Cormac, to the United States. She has left her infant daughter behind and knows that she’ll never be able to return because of her IRA involvement. She is carrying the child of her former employer’s son, who, because of Caitlin’s phone call, has been imprisoned for his IRA involvement. The DeLacey family’s life in Illinois is full of hard work, hardships, and family secrets. After several years in the U.S., Cormac decides to return to Ireland and their daughter. Caitlin is left on the farm with her five children, each of whom go their own way. Finally, Caitlin is alone with her son Emmett. When she is shot, Emmett is accused of killing her. In proving his innocence, many family secrets that have managed to divide and destroy their family are revealed. At times the characters are a bit stereotyped, but there is enough action and suspense in the plot to keep YAs’ interest. Erin Hayden, Prince George’s County Public School System, Md.
Copyright 1986 Reed Business Information, Inc. 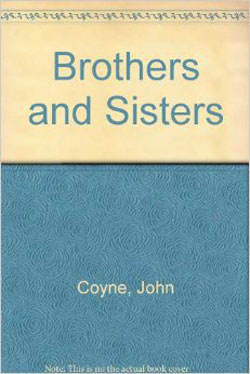